links to my photo sites

900 miles - the distance from Atlanta to New York, thats the distance we've just driven to attend the special week long screening at the Village East Cinema of Senna, the movie of the life and death of the three times world Formula 1 champion who died at the age of 34 during the San Marino Grand Prix on the 1st May 1994. 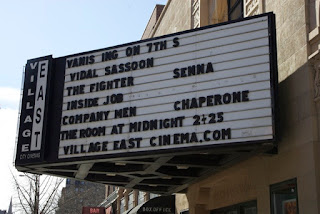 Why?  From the moment the movie was first mentioned I felt that I needed to see it as soon as I could.

My interest in in F1 began properly during the 1990 season.  I'd always been a casual viewer, usually watching the races with my Sunday lunch balanced on my lap, but whilst wandering through my home town of Cheltenham England, I spotted a local travel agent advertising a trip to the 1990 Monaco Grand Prix, 4 nights accommodation and race ticket for £100 - seemed like a bargain not to be missed.  They forgot to mention the 36 hour coach journey, that the accommodation was a 4 berth caravan and the race ticket was for a vantage point high on the hill overlooking the harbour but the whole experience, sound and atmosphere was enough to hook me in. Just for the record Ayrton Senna took pole position and the win this weekend.

Being English and proud of it (as I still am), Nigel Mansell was my driver of choice but Senna was always there, always pushing.  I remember being sat in the stand at Silverstone a year later watching qualifying for the British GP, Mansell went quickest, Senna went quicker, Mansell went quickest again, Senna went quicker again in what was clearly a slower car, the look that Mansell gave his engineer at that point was captured by the TV cameras and said everything, "how the hell does he do that?".  Mansell finally took the pole and race win.  But do some digging and find the footage.

Since the movie Senna was released in Japan, October 2010 I've spent numerous hours scouring the internet, emailing independent cinemas in and around Atlanta trying to obtain release detail for the US, then the big announcement - the movie is to be premiered at the Sundance festival in Utah.  Surely the US release can't be to far away now?  The reviews were appearing, all saying that it was a 'must see' movie and still no detail on the national release date.   I even pestered the movies director Asif Kapadia on twitter who, much to my surprise and delight, replied to me but also admitted it unlikely that the movie would get to Atlanta.  Then I spotted a tweet saying that the movie was to get a weeks screening in New York, the same week my wife had asked me to book off work to go somewhere hot - New York in February, hot....? My wife and I began our relationship the year my interest began in F1 and so she knows me.  She knew how badly I wanted to see this movie, and so that was that.  We looked at distance on Friday, loaded the children into the car on Saturday morning and finally arrived in New York early Sunday morning.

This movie shows everything that keeps my interest in Formula One alive, the speed, technology, personalities, politics, racing and spectacle.  For those who are casual spectators it adds the emotion that perhaps only the avid fan can really understand.  The behind the scenes footage such as the drivers briefing adds a dimension that few ever see.

Ayrton Senna could have easily been one the 'died too young' heroes who's legend becomes bigger the longer he's been dead, but he isn't.  It was clear before his death that he had an extraordinary talent for driving but its easy to forget that the guy was only human and had a life away from the track, although I'm not entirely sure it was ever very for away from his mind.

The movie was everything I needed it to be and was worth every one of the 900 miles driven to see it.  Even my wife, who gave up her week in the sun to let me watch it, thought the film was 'fantastic' - her words not mine - surely that says it all. 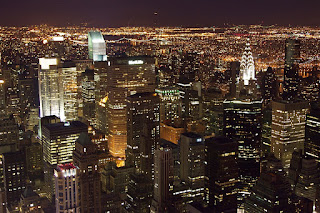 Posted by sjt photographic at 04:16

link to some of my favorites & inspirations